The Choices Treasure Hunt Thriller, available from Amazon, follows the adventures of those seeking a fortune in diamonds created by the Chicxulub asteroid that crashed into the Yucatan peninsula sixty-six million years ago.  See the novel's Midwest Book Review by clicking review above. 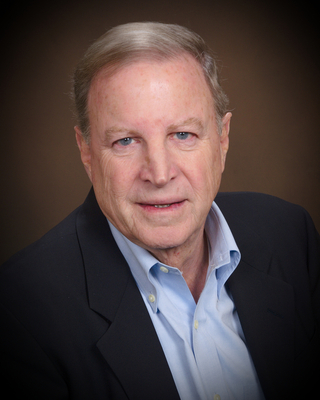 Click here to take a shortcut to the Amazon link.

Alan L Moss is a unique and emerging voice in the thriller genre. His published novels spin sophisticated tales of conspiracy, adventure, love, sex, revenge, and subterfuge. His protagonists are educated people driven to reach outside their routine environments to oppose forces that are far superior. Plots involve complex schemes to amass power and wealth, often concerning substances, innovations, scientific breakthroughs, and exotic locations not well known by the general public.

Alan's new novel, The Choices (Cresting Wave Publishing), was released in October.  It is a treasure-based adventure that exposes readers to the nation's growing problem with alt right forces.  After losing his wife to a violent hate crime, Gary Levin comes into the possession of a wounded golden retriever and mysterious flash drive that set him on a perilous treasure hunt for diamonds born when the Chicxulub asteroid crashed into the Yucatan peninsula sixty-six million years ago.

In his previously published work, The Samoa Seduction (W&B Publishers 2015) two strong willed individuals are haunted by their love for one another while being manipulated by a deadly conspiracy.

The story is an eye opening thriller that combines murder, a steamy affair, and government corruption with a drug company conspiracy and industry efforts to suppress wages. Magnificent settings include Samoa's lush scenery, the Central Canterbury Plains of New Zealand's south island, a resort on Hawaii's Molokai Island, the TranzAlpine Railroad, and tuna fishing vessels on the Tasman Sea.

Before that work, Alan focussed on The Insidious Deception Saga that chronicles how a pre-med student and brilliant college professor become entangled in conspiracies hatched by al Qaeda and a ruthless CEO. The two resulting novels include:Insidious Deception (Whiskey Creek Press 2013), which deals with the market for rare earth minerals and Middle East conflict and resolution during widespread Arab demonstrations; and the sequel, Surviving the Endgame (Whiskey Creek Press 2014), in which a presidential election becomes a deadly contest between international conspirators and those seeking their destruction. That novel explores issues of the U.S. presidential election process, manipulation of public opinion, investigative reporting, illicit drone use, and nuclear energy.

Turning to Alan's nonfiction work, in May 2008 Praeger Publishing released Selling-Out America’s Democracy. The book shows how special interests, through their lobbyists and the U.S. system of campaign financing, have denied a majority of the American population the policies they seek and have led the nation into a period of decline. The book includes telling interviews of Washington insiders and a four-part plan to restore the U.S. democracy. Copies are available at www.amazon.com and other web book sites.

Alan is a member of the Authors Guild and International Thriller Writers.