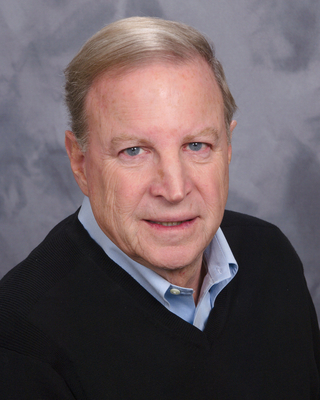 Thank you for visiting my website and enjoying my books. While my next thriller is being readied for publication, with controversy surrounding Black Lives Matter and gun violence, I thought you might be interested in an op ed I wrote concerning an innovative way to reduce inner city violence and improve the lives of Black youth.

OPINION The Star-Ledger. Affiliated with NJ.com. Thursday, May 20, 2021

Find jobs for Black youth, steer them away from crime

Alan L. Moss, who worked for the U.S. Department of Labor for 35 years, says why not provide Black youth with the tools to overcome their disadvantaged backgrounds so they might successfully compete?

Of course, lives matter. Whether it's Black lives, brown lives, yellow lives, or white lives, the sanctity of life remains constant. We are all blessed with opportunities to love, to take care of our families, to work, to contribute to society in thousands of ways.

In recent days, however, a rash of police shootings and repeated instances of brutality against Black citizens has raised a question as to the extent to which their lives do matter. In response, the Black Lives Matter movement was founded to protest against incidents of police brutality and all racially motivated violence against Black people.

The focus of Black Lives Matter has been on unwarranted police action that demeans Blacks overall by disrespecting their rights as citizens and risks the unwarranted injury or death of those suspected of criminal activity. Using on-site videos and testimony of witnesses, the emphasis has been on exposing unreasonable force, seeking legal retribution, and demanding police training and greater sensitivity when dealing with difficult confrontations.

While more discerning police activity would reduce violence against Blacks and help to build and maintain their self-respect, perhaps it's time to also focus on another approach, one that leads Black youth away from suspected crime and into productive citizenry. Rather than obsessing with retribution for criminal activity, why not also deal with building blocks that lift more Blacks into respected positions within the economy and the community.

Studies reveal how inner-city Black youth are disadvantaged by life with a single parent, deficient educational and vocational opportunities, limited cultural experiences and insufficient job search assistance. Why not provide them with the tools to overcome their disadvantaged backgrounds so they might successfully compete? Make the investments to enable more young Blacks to become law-abiding and productive citizens rather than turning to gangs, drugs and guns.

One way to accomplish this objective would be to establish inner-city Community Educational Employment Centers (CEECs). CEECs would operate on an extended year and day basis, offering two meals, quiet study halls, and referral to needed health care. Centers would have small class sizes, averaging 15 students, and offer both academic and vocational education and training. There would be a strong emphasis on guidance and counseling services provided to students and their parents. Young mothers would have access to daycare services for their children.

The centers would operate a job service office to offer students career guidance, development and employment opportunities and information about a broad range of occupations and career paths. The office would provide labor market information, job development and career testing. It would assist students in arranging part-time employment, summer employment and employment upon graduation. A parent-community coordinator would keep parents involved and a council of advisors would be created to seek input from local teacher organizations, guidance counselors, students, parents, community-based organizations, business and labor representatives.

The CEEC design was initiated 30 years ago with input from the American Association for Counseling and Development, the American Federation of Teachers, the National Urban League and the U.S. Conference of Mayors. It was proposed by the late U.S. Senator, Frank R Lautenberg of New Jersey as a limited demonstration project. Had these schools been funded and replicated across the nation, perhaps today's crises in brutality against Blacks, inner-city crime and gun violence might have been avoided.

In spite of the delay in implementation, CEECs could still represent a concrete plan to enhance Black lives, reduce the need for inner-city police action, cut gun violence overall, and open inner-city areas to increased economic development. As Senator Lautenberg predicted: "If we make bold investments in the education of young people in low-income areas, they will pay us back many times with increased productivity and employment, and reduced need for safety net and law enforcement expenditures."

Alan L. Moss, Ph.D., worked for the U.S. Department of Labor for 35 years. He was director of the Divisions of Labor Market Information and Wage Determinations and then Chief Economist of the U.S. Wage and Hour Division. As Congressional Fellow to the late U.S. Senator Frank R Lautenberg of New Jersey, he was tasked with labor and education issues, including the development of the Community Education Employment Center proposal. Moss is the author of Selling Out America's Democracy and five thriller novels. His latest, The Choices is scheduled for publication in October.

Available as paperback and E-book in October.