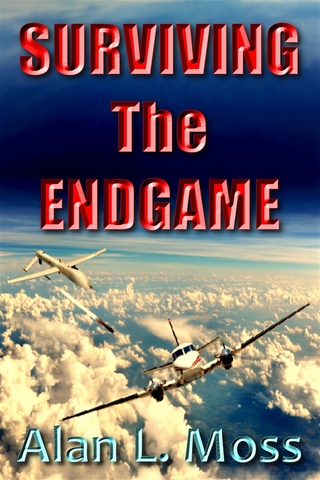 In this sequel to Insidious Deception, Rob, recently married, attempts to restart his life until a chilling knock on their apartment door begins a daring escape from professional killers. A presidential election becomes a deadly contest between international conspirators and those seeking their destruction.

According to this READERS FAVORITE FIVE STAR REVIEW:

"Alan L Moss' political thriller, Surviving The Endgame, is a literate and entertaining action and adventure novel.  Moss builds a very relevant and credible plot about the high stakes involved in the market for rare earth minerals, crucial for the production of modern technology.  Surviving The Endgame is a fast-paced and exciting read with a great cast of characters and a fabulous plot."

"Look, I know his judgment may have been impaired at the end, but, he's been one of the nation's leading journalists for forty years. We can't dump his dying exposé because of a couple of prostitutes and some trumped-up charges."
The editor, a man of middle age with a gray mustache, took a drag from his cigarette and addressed Rothstein.
"You've got a story which makes the FBI look like a bunch of amateurs, implicates a United States Senator and prominent presidential candidate in the assassination of the President, and lays out some cockamamie conspiracy about metals no one's heard of. Now, it turns out the source of the story was an over-the-hill reporter who has shown poor personal judgment and has a history of making up his features as he goes along.
"Do yourself and The Sound a favor. Take Carlyle's article and stick it in a drawer. As long as I'm editor, we're not running it!"